India is an agricultural country. About 62 per cent of its population live in villages and about 2/3 of its work force is engaged in agriculture and allied activities. It has 2.45 per cent of the world’s land area and 17 per cent of population. India is the second most popular country in the world after China. According to an estimate, the burgeoning population of India is expected to exceed 1225 million by 2015, requiring nearly 275Mt of food grain, against current production of 263.2 mt of food grain. Per capita cultivated land area availability which was 0.53 ha in 1950 and 0.195 ha in 1990, is expected to decrease to 0.121 ha by 2025 and 0.087 ha by 2050 putting a major challenge to meet all basic needs of our Indian masses.

Major cause of concerns for India are to rectify the food un-security, sluggish agricultural growth, fatigued green revolution, malnutrition, resource degradation, regional disparities, unemployment and under employment of youths, vast grey area and the urgency for technological empowerment of rural population etc. Improved agricultural technologies, even though sound with technical standards, are of limited value if they can’t be adopted due to their unsuitability under particular agro-climatic and socio-economic conditions. It is estimated that the actual acceptance of recommended agricultural technologies is below 30 per cent in India. Transfer of technology through KVK is suitable answer to achieve the objectives by providing scientific and skill oriented knowledge in agriculture and allied fields.

Jalaun district is one of the 75 districts of Uttar Pradesh, it falls in Jhansi division. Northern boundary of the district is naturally demarcated by river Yamuna while western boundary of the district is demarcated by Madhya Pradesh. Administratively the district is divided into 5 Tehsils namely Orai, Jalaun, Kalpi, Madhogarh and Konch and 9 Development Blocks viz.Rampura, Kuthond, Madhogarh, Konch ,Jalaun, Nadigaon, Dakore, Mahewa and Kadaura. There are 564 Gram panchayats and 942 revenue villages in the district. The geographical area of Jalaun district is 4.56 lac ha with a net cultivated area of 3.451 lakh ha, out of which 1.035 lakh ha area is irrigated. The fertilizer consumption of the district is 98.60 Kg/ha (2010-11) and the cropping intensity is 112.0 per cent. The Population is 19.0625 lakh (2011 census). Sesamum, Urd, Sorghum, Bajra, Pigeon pea and Moong in Kharif and wheat, gram, field pea, Lentil & toria and mustard in Rabi are the major crops. Urd, moong and vegetable crop are grown in Zaid on limited scale. There are vast potentialities of exploiting the resource base of district Jalaun. 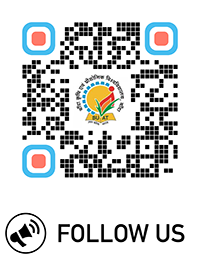